The Association of the United States Army (AUSA) held its annual meeting and exposition in October, where vendors get a chance to showcase their products and technologies for the military market. This year’s conference highlights a range of technologies from development systems and servers with artificial intelligence (AI) engines to multi-function displays and connectors. Whether the product is a system or a component, vendors are focused on meeting the latest requirements in the areas of modern warfare, cybersecurity, enhanced networking capabilities and communications, and autonomous mobility.

Here’s a sampling of products showcased at the exposition.

The two programs that selected the S422-SW “Thunder” and X422 “Lightning” combo will deploy it in mobile platforms to move IP-based sensor data instantaneously over multi-sensor LANs into the server and AI processor. Once processed, the server provides information that can help maneuver a vehicle or UAS in real-time, calculate a fire control solution for a weapon, or identify threats such as stationary IEDs or incoming objects such as projectiles, according to General Micro Systems.

Sensor data is moved in real-time over the LAN, processed, and stored locally by the S422-SW’s Intel Xeon E5 server CPU. The companion X422 co-processor uses two of Nvidia’s V100 Tesla GP-GPU AI engines to search the data to perform tasks, such as target tracking, image processing and enhancement, and vector algorithms, in real time at 400 FLOPS.

“Thunder” is also an enterprise-class multi-port LAN or a network attached storage (NAS) appliance equipped with a professional-class intelligent Layer 2/3/pseudo-4 Ethernet switch/router and data center networking software from Cumulus Networks. Networking capability includes four 40 GbE fiber ports and thirty 10 GbE ports. The 10 GbE ports come from a Broadcom Layer 2/3/pseudo-4 enterprise-class switch that has never before been used in a deployed battlefield computer, according to the company.

Each of the 10 GbE ports support power-over-Ethernet (POE+) to directly power remote nodes or sensors, while simplifying wiring requirements, up to 100 W maximum total power. The quad 40 GbE fiber ports — also configurable as 100 GbE— are used for the highest-rate sensors, or inter-system communications to SDRs, data-intensive EW processors, or other in-vehicle systems.

The S422-SW works with the X422 via the GMS FlexIO 16 lane, 8 GT/s PCI Express Gen 3 bus extension. The X422 uses the dual Nvidia Tesla V100 data mining/algorithm processing AI engines that deliver a 400 TFLOPS of algorithm computation. The GP-GPU modules are ruggedized by GMS for reliable conduction cooling in the X422 chassis. Other dual-slot, 250-W PCIe cards can be used for co-processing with the S422-SW, including AMD GP-GPUs, Altera or Xilinx FPGA modules, and DSP cards. Local intelligence in X422 allows the cards to work together or independently, depending upon the application.

General Micro Systems (GMS) also claimed the industry’s first sealed, fan-less, conduction-cooled rack-mount servers with AI, featuring mil-circular (38999) connectors for ruggedness in demanding defense and aerospace applications. The American-sourced and manufactured fully configurable server, TITAN, is available in a 1U or 2U chassis and uses up to four of Intel’s latest 2nd generation Scalable Xeon processors. An air-cooled version also is available. 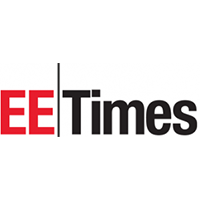 Media Contacts:
Hughes Communications, Inc.
Cheryl Coupé
503-705-4189
This email address is being protected from spambots. You need JavaScript enabled to view it.